Land Ownership
Land Ownership - details
Most of the lands are state owned lands. A small part belongs to a resident of Nablus.
Planning
submitted plan
Planning - details
All of the built-up area of the village of Fasayil al Fouqa is in Area C and is not a recognized village as it does not have an approved outline.
In 2008 the Civil Administration initiated a plan for the village, but this plan was not promoted. Another planning initiative was also created in 2012 when two detailed outline plans for the built-up areas were prepared for each Fasayil area and a roadmap linking the two villages was prepared.These plans (numbered 1412) were not promoted, and a plan that was prepared in cooperation with residents and through IPCC was not discussed at all.

History
The E'rinat family settled in the eastern parts of the area before the 1967 war, yet after the occupation of the West Bank their lands were declared a closed military zone, and they were forcibly removed to their current location. Some fled to Jordan because of the war.
The Fallahin used to come to the area before 1967 but settled permanently only after the October war in 1973 (Yom Kipur war). The Rashaydeh families (Greinat) are originally from the area of Nablus, and they joined the community after 1973 due to conflicts with families in Nablus. In addition to the main families, there is one family from Ghawanmeh - Jahalin and families from Yatta. 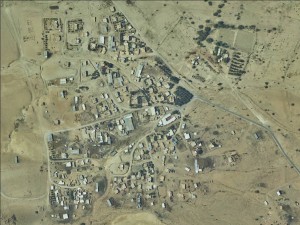