Access to Community
Water Access
authorized connection
Water Access - details
The water supply is managed by the local council. A few villages share the use of water and each community is assigned specific days and times for filling/distribution of water. The water pipes are narrow and in need of maintenance which makes the water supply insufficient.
The community also has a cistern.
Electric Connection
authorized connection
Electric Connection - details
The community is connected to the electricity network
Health Care
Health Care - details
The nearest hospital is the governmental hospital in Hebron
Location of Services
Hebron, Masafer Yatta

History
The community settled in the area before 1948. After the green line was set in 1949, following the 1948 war, the areas and the lands of the tribe (Adira area) were reduced, as parts of it were now under Israeli control. Those from the community who were in the Israeli parts were expelled in the early 1950s. Until 1967 the community used to nomad from the Israeli side to the Palestinian side. After the occupation of the west bank, they were forced to stay in the Palestinian parts of their lands. 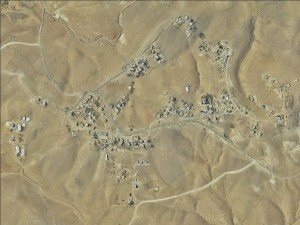