History
The community is originally from an area north of Sinai, called El Joura. Before 1948 they moved to Asdod (Ashdod) to an area called Ezarnouq, close to the port. In 1948 they were expelled to Gaza and settled in Jabalya refugee camp, the in 1967 they were expelled again to the area of Jenin where they are currently settled.

Threats and Obstacles
fjfxjsfjsyjsyj
road
Threats and Obstacles - details
School students must cross the road from Al Mansoura to Fahmeh camp to reach their schools. The road is dangerous and many accidents took place in it, some of them deadly. The community demanded a primary school to be built within its territory to avoid sending the young children through the dangerous road. The Palestinian ministry of education approved their request but the residents were asked to find a piece of land for the school. They cannot afford the land, it costs 20 thousand dollars.
Swap Start/End 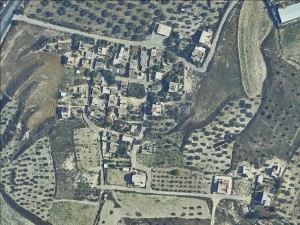